Call us if you’ve seen it cheaper

Changed your mind? No problem!

Current expected delivery times are published on each product 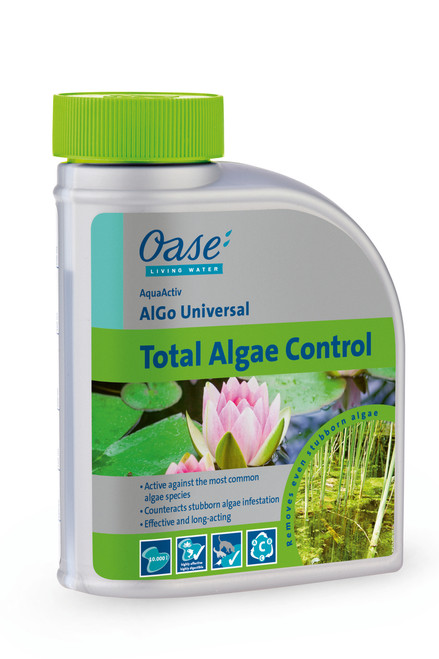 Availability:
COVID 19: Please allow 3 to 5 working days for delivery
Treats:
Up to 10,000 Litres

ALGo Universal works effectively against the most frequent algae species such as string algae as well as slime algae and suspended algae, without causing any lasting damage to the pond ecosystem. The product specifically targets the algae organisms and metabolism, causing the algae to die off gradually.